TAF collaborates with outside rescue organizations 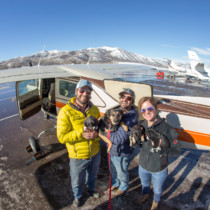 Colorado is a lifeline for animals on the Navajo Nation

One morning, David Tom of Gallup New Mexico was out walking his dogs when he saw a skinny dog runningdown the street after a car. He flagged down the owner of the car who denied that the dog trailing him was his. The man told him “you can take her.”

David followed the dog, and she led him to her litter of puppies in a storm drain. David was the perfect person to find the family as he and his wife Babette Herrmann rn the Four Corners Pet Alliance, a small rescue in Gallup New Mexico, which raises funds to help supplement the care of their many fosters. 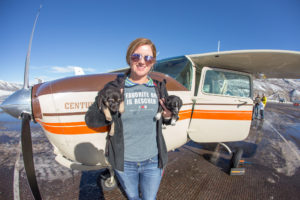 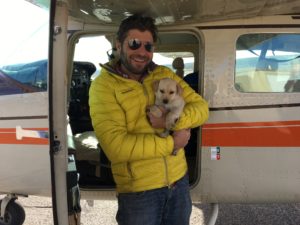 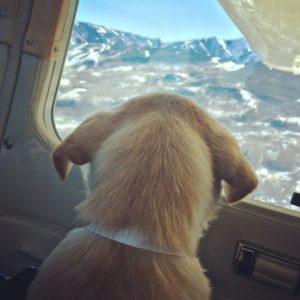 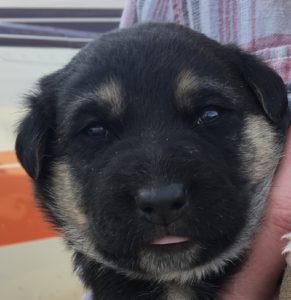 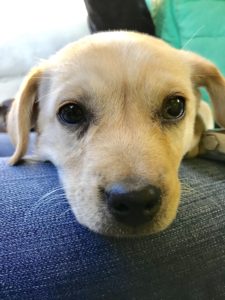 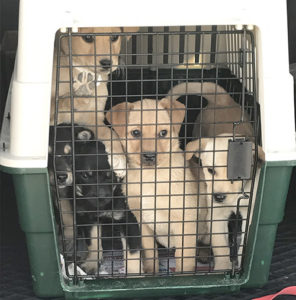 Gallup borders the Navajo Nation covering approximately 27,000-square-miles, occupying portions of Northwestern New Mexico, Northeastern Arizona, and Southeastern Utah. Like most of the reservation, it’s impoverished, with a high unemployment rate, and its residents struggle to provide for themselves, let alone their pets. “The needs are vast, and services are limited,” said Babette Herrmann of the Four Corners Pet Alliance.

According to the RezDawg Rescue, there are only five full-time officers from four shelters on the reservation, doing their best to control the stray-animal population that is estimated to range from 100,000 to as many as 445,000.

Babette Herrmann and David Tom started the Four Corners Pet Alliance after years spent fostering and rescuing dogs in the Gallup area. “Culturally animals are treated differently here, and our goal is to collaborate more with the Navajo leaders to make more of a difference locally,” added Herrmann.

When driving through the Navajo Nation its hard not to notice the plight of the stray animal population. They are seen on the roadside, at gas stations and fast food restaurants begging for food. “These animals would be euthanized it if wasn’t for their lifeline – the rescues in Colorado,” added Herrmann.

When the Rapaport’s started the Telluride Animal Foundation in 2011, they saw a need to assist the rescues in the four corners region with their efforts to reduce the over pet population and since then have subsidized the spay and neuter of over 10,000 animals.

“We will continue to fund spay and neuter clinics, and can’t do that without support from donors and the community,” added Rapaport. “In addition to spay and neuter, we are looking to build our foster network, and in 2017 we will be working on educational programs that highlight the scope of the problem for animals in our area, as we know they can face euthanasia without rescue.”All the rescue groups concur that more education is needed. The groups are working with Navajo Nation leaders to continue an effort towards more collaboration to end animal neglect and suffering.

“It can be overwhelming on the reservation,” added Herrmann. “The Telluride Animal Foundation is making a significant impact here; I’m so grateful for them.”

“We’re incredibly grateful to organizations like the Aspen Animal Shelter that open their doors to so many animals,” added Rapaport. “They set the example for other communities to educate and support adoption first, proving that there are rescues of every age, size and breed available.”
Last weeks transport was one of a dozen that Katja and Josh Rapaport have flown, saving hundreds of dogs and cats from an uncertain fate sending them onto better lives over the past few years. To support their efforts and learn more, visit tellurideanimalfoundation.org.